Holidays at The White House 2015

The holiday season at the White House is celebrated with an array of annual traditions, glittering holiday décor, fresh pine, and sugary treats. This year’s holiday theme, A Timeless Tradition, reflects long-held, cherished customs across America, and commemorates extraordinary moments that shaped the country during the past two centuries. The 2015 White House Holiday Tour Book is brimming with beautiful illustrations by art students at Duke Ellington School for the Arts, in Washington, DC.


I was like an excited, little kid experiencing the holiday magic, completely mesmerized by bright, shiny things! I'm still in awe being surrounded by all the history of the executive mansion. It was fascinating hearing Secret Service officers in each room engaged in conversations about the decorations, furnishings, and even the art. Below are a few photos from my recent afternoon at The White House.

Holidays at the Thorne Miniature Rooms

The beloved decorating tradition is back at the Art Institute of Chicago—and continues to ramp up the festivities—with a Twelfth Night–themed room joining in the fun.

Several other rooms once again get their seasonal trimmings. Among the most elaborate is the English Drawing Room of the Victorian Period, the only room with a Christmas tree. Now a ubiquitous feature of the season, the Christmas tree ortannenbaum, was only brought to England from Germany in 1840 with the marriage of Prince Albert to Queen Victoria. The Thorne Room tree and accoutrements are based on a famous engraving of the royal couple and their children surrounding a trimmed and toy-bedecked tree, an image that would forever popularize this holiday fixture. Other ornamented rooms include:

Painstakingly constructed on a scale of one inch to one foot, these fascinating models were conceived by Mrs. James Ward Thorne of Chicago and constructed between 1932 and 1940 by master craftsmen according to her specifications.

See the holiday display in the Thorne Miniature Rooms through January 10, 2016 at the Art Institute of Chicago. 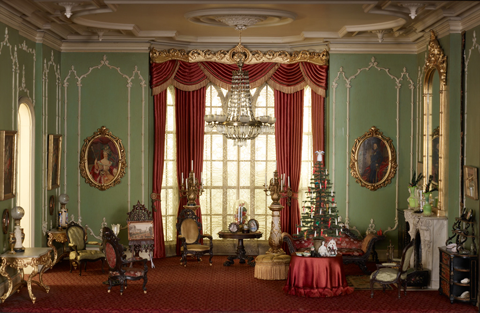 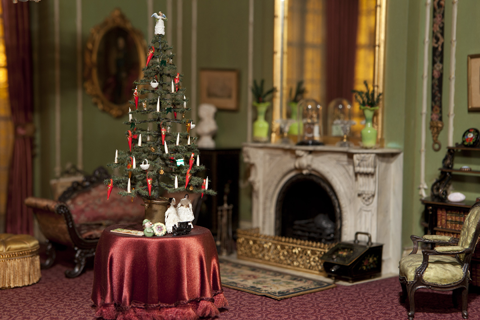 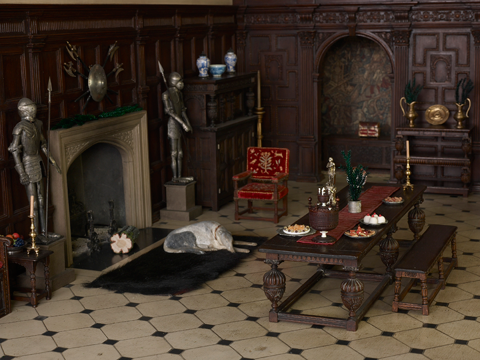 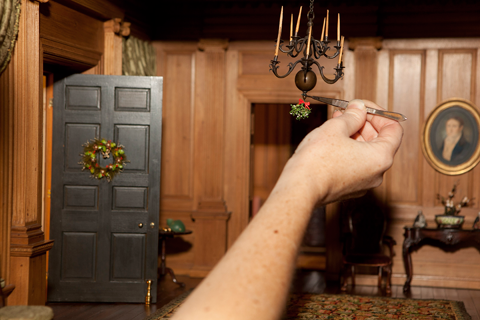 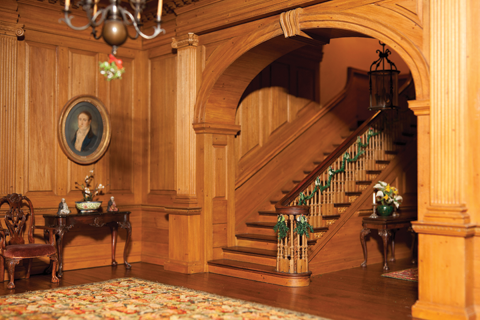 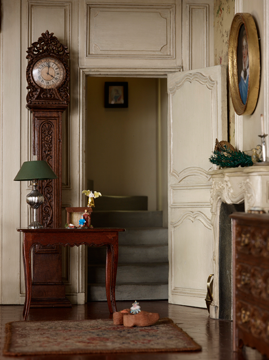 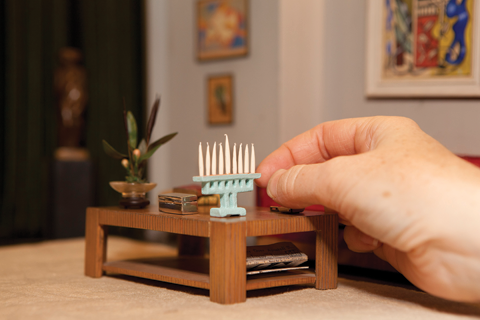