The Art and Controversy of Paul Cadmus

Paul Cadmus (1904-1999) is recognized as one of the first contemporary artists to chronicle gay life. Pushing the envelope with his depictions of naked and muscled male physiques, museums consistently rejected his work because of its gay themes.

In the 1930s, Cadmus worked for the Public Works of Art Project (PWAP), the first of the federal art programs conceived as part of the New Deal during the Great Depression. He created paintings for a planned PWAP exhibit at the Corcoran Gallery in Washington, D.C. One of these works, The Fleet’s In, is a provocative depiction of U.S. Navy personnel carousing with women dressed like prostitutes. It includes a subtle homoerotic image of a sailor flirting with a civilian man offering him a cigarette, while another sailor lies draped across them. The painting generated controversy, causing the Navy to remove it from the exhibition. The scandal brought the artist national attention. 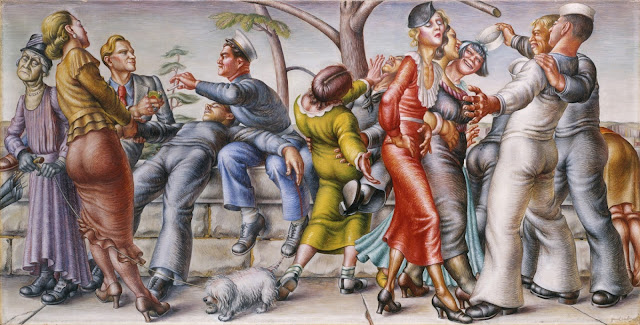 At the Smithsonian's American Art Museum hangs the striking Night in Bologna, a dark comedy of sexual tensions played out on a stage of shadowy arcades. In the foreground, a soldier on leave throws off a visible heat that suffuses the air around him with a red glow. He casts an appraising look at a worldly woman nearby, who gauges the interest of a man seated at a café table. The gawky tourist is unaware of her attentions, and looks longingly at the man in uniform. Cadmus left the outcome unclear because he was more interested in the tangle of human instincts than in tidy resolutions. 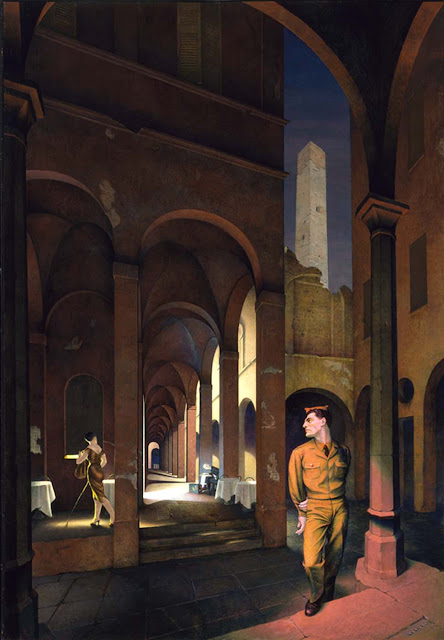 In a lengthy oral history for the Smithsonian Archives of American Art, Cadmus said that after 50 years as a painter, he was happy with the trajectory of his career, though he had never achieved lasting fame or a consensus of critical appreciation. He quoted a line from one of his favorite painters, the French neoclassicist Jean Auguste Dominique Ingres. "'People say my paintings are not right for the times' or something like that," Cadmus recalled. "But then he says, 'Can I help it if the times are wrong? If I'm the only one that's right, it's all right.'" 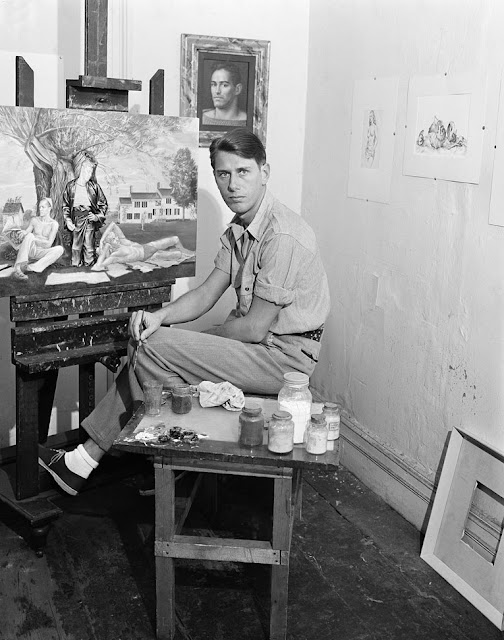 At lunchtime today, I took an opportunity to tour Washington, D.C.'s Carnegie Library. The Historical Society of Washington, D.C. currently occupies what was the central public library for the City of Washington for nearly 70 years. It's location at Mount Vernon Square was part of Pierre L'Enfant's 1791 plan for the District of Columbia, which included more than a dozen open spaces for parks or memorials throughout the city. Mount Vernon Square sits on a plot where seven different streets converge in the northwest quadrant of Washington. The square is located where Massachusetts Avenue, New York Avenue, K Street, and 8th Street would intersect, and further bounded by 7th Street, 9th Street, and Mount Vernon Place.

In 1899, industrialist and philanthropist Andrew Carnegie was visiting the White House when he heard about the need for a library building in Washington. His contribution to Washington totaled $375,000, making it one of the largest of the Carnegie libraries built. In the end, Carnegie funded the building of 1,679 libraries around the United States.

The building was designed by Albert Randolph Ross of the New York architectural firm Ackerman and Ross, who had studied at the influential École des Beaux-Arts in Paris. Ross designed it in the Beaux-Art style that became popular at the 1893 World's Columbian Exhibition in Chicago and its "White City." The lead architect of the World's Fair was Daniel Burnham, designer of another Washington Beaux-Art building, Union Station, completed in 1908.

Dedicated on January 7, 1903, the ceremony was attended by President Theodore Roosevelt and Andrew Carnegie. During that time, Washington was a heavily segregated town, except for the federal government. One of Carnegie's requirements for his donation included that the building could not be segregated. In 1913, President Woodrow Wilson and his Administration, resegregated federal workers. With oversight of the Carnegie Library falling to the hands of the federal government, the library staff were segregated, but the citizens of Washington who used it were not. That policy remained in effect until Wilson left office in 1917.  Heavily used and short on space, the central public library was moved to the new Martin Luther King, Jr. Memorial Library in 1970.

The Historical Society leads 45-minute free tours of the beautiful Carnegie Library on Tuesdays and Thursdays at 1:00 p.m. Visit www.dchistory.org to register and for more information. 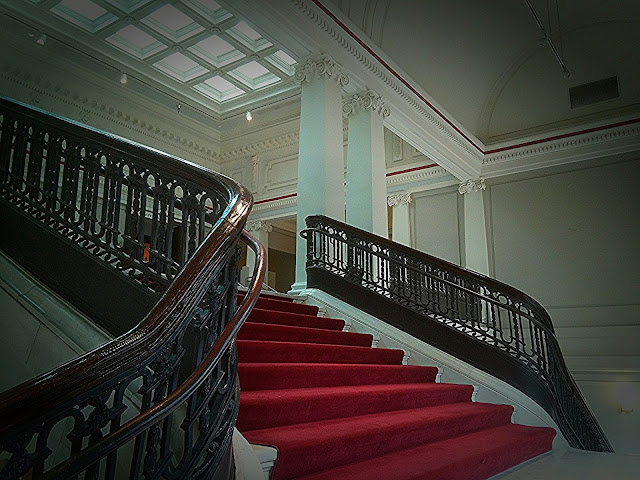 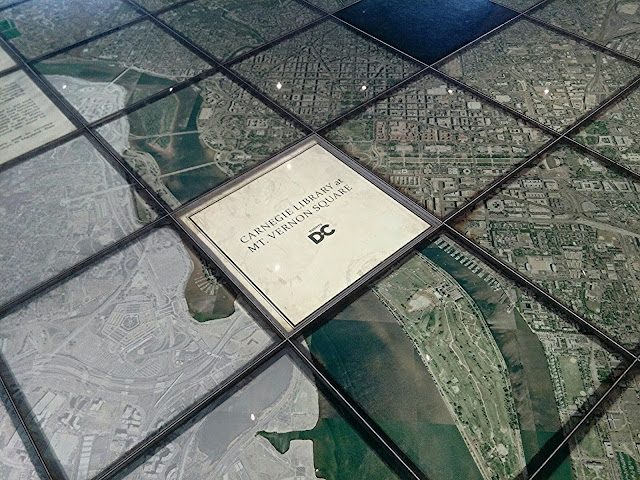 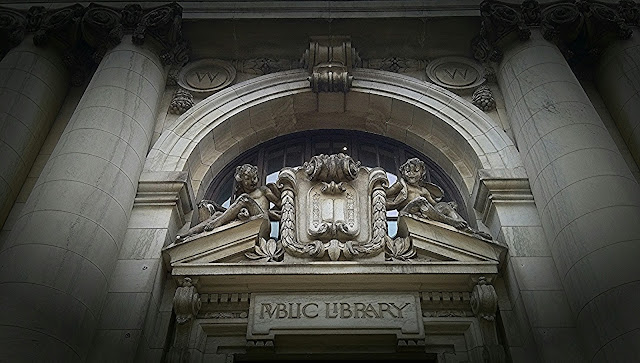